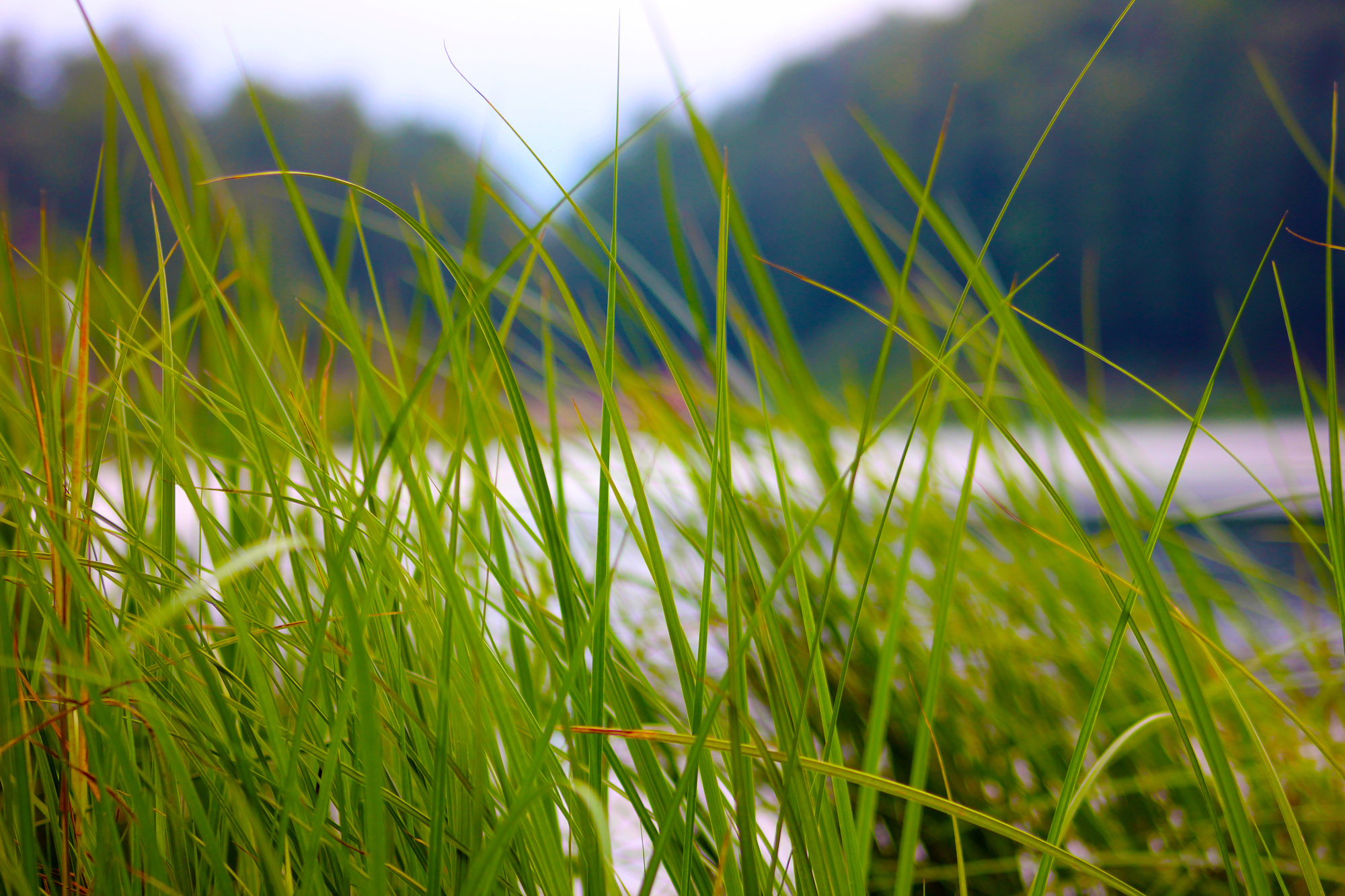 We’ll just come out and say it.

Living on a lake is awesome!

It’s wonderful to take the boat out for a spin, get up early to go fishing, or just enjoy the sound of lapping waves as the day comes to an end.

But owning lakefront property also means you’re going to have to keep a focus on weed control. Because if aquatic weeds start growing out of control, it could do tremendous harm to your lake or pond.

Weed Control Is Critical to the Health of Your Lake

So what are some of the signs that your lake is in trouble or in need of weed control? Any of the following seven warning signs means it’s time to take heed:

Actually seeing the weeds is the most obvious warning sign that your lake is in trouble.

So how much is too much?

You don’t need to take a machete to all the weeds. But you’ll want to cut back some of it. Cattails, bulrushes and other plants in the Typha genus are pretty common. And in small amounts, they’re a useful habitat for fish and other wildlife.

These weed populations can spread quickly though. So the general rule of thumb for weed control is to keep it limited to no more than 10% of the shoreline area. That way, there’s still ample space for fish and fauna while discouraging further spread.

A little bit of muck is par for the course. But too much muck means there’s a lack of aerobic bacteria on the bottom of the lake – likely because there’s not enough dissolved oxygen.

Aerobic bacteria requires dissolved oxygen to thrive and is responsible for digesting muck. In doing so, it converts phosphates, nitrogen and other nutrients into healthy organisms that form the core of the aquatic food web.

Without the aerobic bacteria, anaerobic bacteria thrives instead. In this case, ammonia, methane, nitrogen gas and carbon dioxide are released into the water column.

Ammonia feeds weeds and algae, while even small amounts of carbon dioxide and methane can kill fish.

Heavy muck is a sure sign that your lake’s ecosystem is already failing.

3. The Presence of Certain Algae

With over 17,000 species of algae, some algae are beneficial. Microscopic planktonic algae, for example, is an important food source for fish and other lake organisms.

But once again, it’s all about amounts.

Because when there’s nutrient overloading as a result of poor weed control, the planktonic algae really “bloom” and explode. When this happens, rapid depletion of oxygen occurs.

Filamentous algae, on the other hand, is not of much benefit and is usually the cause of that unsightly lake-scum. Like the planktonic, it becomes destructive when it blooms.

On a much more serious note is blue-green algae. This sort of algae contains cyanobacteria that produce neurotoxins, hepatotoxins, cytotoxins, and endotoxins.

All of these toxins can not only cause allergic and/or respiratory issues, but they can also attack the kidneys and liver and negatively affect the nervous system in both humans and other mammals.

So if you’re seeing that blue-green algae, it is time to panic.

4. Water Is Too Muddy

Similar to the muck, there’s nothing wrong with a little mud.

But if it becomes excessive, it could be disrupting the photosynthesis cycle required to keep your lake’s ecosystem in balance.

In some cases, a muddy lake or pond is just an eyesore that could be caused by something as simple as excessive winds or carp/koi species that prevent sediment from settling.

Another possibility, however, is watershed erosion. And this is a much more serious concern, since runoff can introduce additional waste or dirt into the lake and impact its ecosystem.

5. The Appearance of Zebra and Quagga Mussels

Zebra and quagga mussels were introduced to North American waters in 1986 through discharged ballast water from transoceanic ships from Eurasia. And they were not a welcome visitor.

They were discovered 30 years ago in the Great Lakes and have had a devastating impact on freshwater lakes and streams. They have:

This invasive species has created billions of dollars in damage to water management systems, fisheries and economies, while also threatening human health.

Unfortunately, there isn’t much that weed control can do to remedy this situation.

Dying fish – or even the inability to catch any fish from the middle of your lake during the summer – could mean your lake has a dissolved oxygen problem and is entering into lake decay.

As we mentioned above, this could be a result of excessive weeds and lack of weed control.

But fish populations can die off suddenly for other reasons too. Among those reasons are:

Whatever the case, if the fish are dying, something has gone wrong with the delicate balance of your lake’s complex system and it should be addressed.

If your lake has a public access beach that has been closed, it should go without saying that there’s a serious problem.

Freshwater quality is usually determined by its level of the bacteria E. coli. This bacteria originates from human and animal waste. Its presence in water is not necessarily harmful to humans, though some strains can cause gastroenteritis or other digestive issues if ingested.

If E. coli levels are in excess of 235 colony forming units (cfu) per 100 milliliters of water, this usually indicates that other disease-causing germs are present though and the lake should be avoided.

How Do You Control Your Aquatic Weed Problems?

Though not all of the above problems can be remedied with weed control, some of them could be reduced or even avoided by just keeping a handle on those aquatic weeds.

So get started! And remember that there will be many different variables that will determine which products you use to rid yourself of those excess weeds.

And if you have any questions about which of those products might be best for your situation, please don’t hesitate to contact us. We’re here to help.