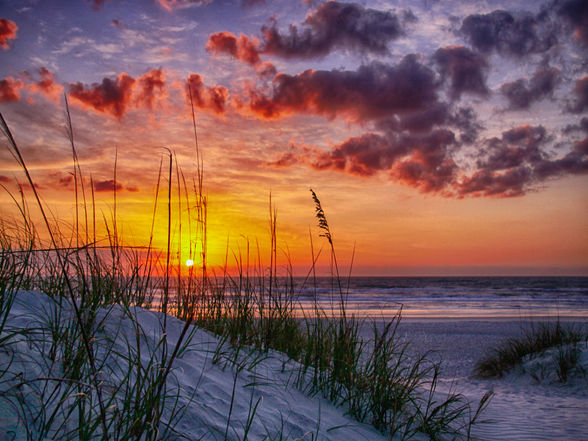 Florida: (from the Spanish word florido) meaning ‘full of flowers’ 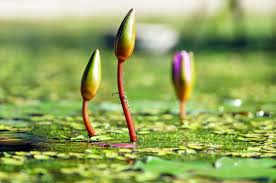 Nestled in perfect proximity to the equator, Florida attracts plants and animals like a tropical paradise only can.

Humans aren’t the only ones flocking to the sunshine state for staycation. Invasive aquatic plants have overtaken Florida freshwater, and a handful in particular, have become Florida’s 5 most common water weeds. Due to its central location, Florida boasts a major entry point into the United States for cargo from countries throughout the globe.

We have humans to thank for the majority of the state’s aquatic hitchhikers. Whether traveling via marine or freshwater, invasive species wreak havoc on Florida’s ecology, impacting recreation and destroying habitat. Which is why it’s vital that we prevent further spread of…

Hydrilla and Water Hyacinth fought neck and neck for our 1st Place Noxious Weed Award, but in terms of submerged catastrophe, Hydrilla takes the cake. This Sri Lanken weed grows in thick mats that block sunlight to other native plants and spreads via stem fragmentation. Any piece can break off and become seed for another new plant. Management efforts for Hydrilla in the state of Florida reach upwards of 20 million dollars per year.

Water Hyacinth is the poster child for invasive weeds, its invasion story is a fable against ornamental plants everywhere. This floating weed holds the power to double its population in under a week. It can clog waterways and prevent transportation. Water Hyacinth prefers to survive using an offensive attack: choking. The sheer density of this weed chokes out other plant life and starves the water of sunlight. Trust us when we say the ornamental flower is just not worth it.

Coming in at a close third, this salad sounding weed appears as if someone dropped an open head of lettuce in the water. There is discussion surrounding the native or non-native status of water lettuce. It lives in lakes, rivers, and canals and can form large mats due to it’s free floating nature (although it may also survive as semi rooted for periods of time).

Imagine a lily pad with a heart shaped surface pad. Now you know what a Crested Floating Heart looks like. This Asian organism sports a white flower and was introduced to the United States as a water garden plant. It commonly infests canals and poses a particular threat as herbicides have little effect on it. Found largely in southern Florida, Rotala grows in dense submerged populations and large thick mats at the water surface. It damages ecosystems due to blocking sunlight for other organisms and decreasing oxygen levels. Rotala greatly inhibits water flow and hinders flood control methods due to its thick presence in canals and drainways. See more about hurricanes and the aquatic impact in our post. 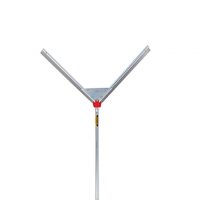 Shout out to Lyn Gettys Assistant Professor at the University of Florida Fort Lauderdale Research and Education Center for her help with this article!