In celebration of May, we decided to kick off May Day with our first Aquatic Weed of the Month.

For our first round, we picked one of the most prevalent invasive waterweeds…HYDRILLA!

And so, instead of dropping off a basket of flowers and goodies on your front porch, like the old May 1st tradition, we’ll just drop some useful info off here on your screen.

The invasion of Hydrilla (thankfully) does not date as far back as the May 1st tradition, but was spotted first in the waters of Florida in 1950. Initially brought over from Asia for aquarium use, it escaped–most likely from someone dumping their aquarium–into the canals around Tampa and Miami. 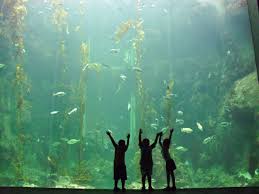 There’s a reason a Mayday distress signal should be called with this plant.

And Hydrilla is a beast.

Unfortunately, Hydrilla is a freshwater, submerged plant that spreads very easily via stem fragmentation. It can grow at speeds of 1 inch per day, and at depths up to 30 ft deep, not ceasing until it reaches the surface. It forms thick mats which prevent sunlight from reaching other plants below. Hydrilla outcompetes native plants like water celery and coontail–both beneficial in their native environments.

Additionally, this weed changes water properties. Although a freshwater species, it will grow in seawater with 7% salinity. In greater mass, it changes pH levels in lakes and diminishes the size of sportfish due to stress induction from foraging (due to weed overgrowth).

The most notable impact, however, is the recreational nuisance. Because of its ridiculously long stems, Hydrilla easily clings to boat engines, wrapping itself around propellers ad infinitum. Swimming in infested waters becomes nearly impossible. And it easily clogs drainage ways and decreases flow rates, increasing flood potential.

How to remove Hydrilla?

Manage your waterfront property with this bad boy: Weed Razer Pro and remember, stem fragments will cause regrowth. So make sure to retrieve all the plant pieces with a Weed Raker.