Aquatic organisms, just like every other living thing, have good traits and bad. But why do we call some water plants “invasive weeds?”

Good question. As much as we all love the melting pot of a world that we live in, there are consequences to mixing organisms. And invasive weeds can bring life-changing consequences too, at least, in terms of ecology.

Plants that are non-native (brought from another ecosystem) have greater potential to be labeled “invasive” or a “weed.” Why?

Let’s take a look at the Water Hyacinth. This plant is a native of South America and characteristic for its beautiful violet flower. In the 4 other continents, however, any property owner with this “adornment,” would be quick to point out it’s thorns. 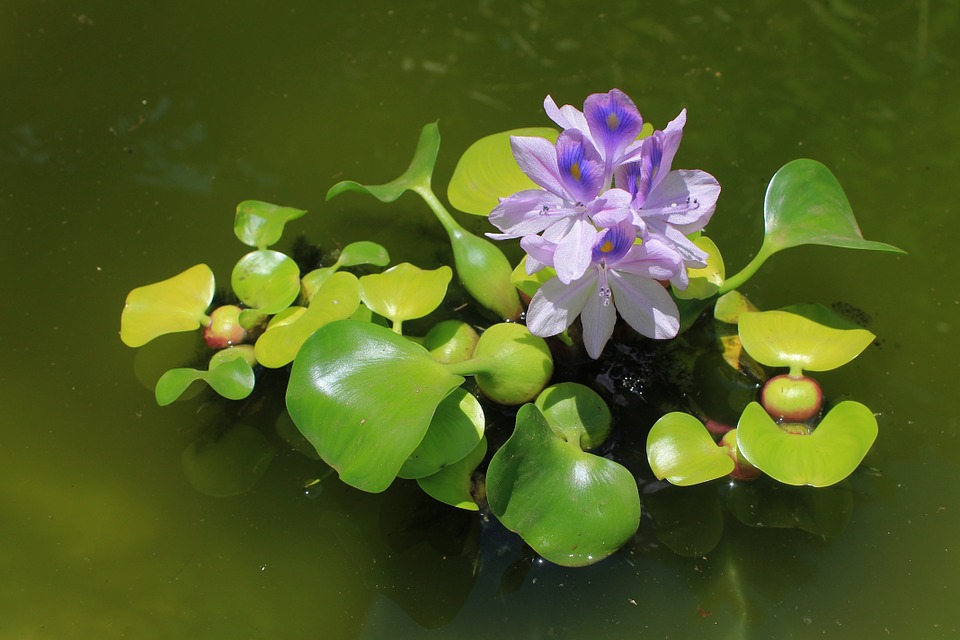 Brought to News Orleans for the 1884 World Fair, this organism did what organisms do best. It spread its seed. Covering the surface water with its thick leaves and blooms, it wasn’t long before waterways were clogged with the Water Hyacinth’s majestic beauty.

Perfect for a World Fair, right? Wrong. Due to the choking nature of this plant’s bloom, sunlight no longer reaches other aquatic plants. Slowly, this invasive weed starves the oxygen levels in the water thereby killing not only plants and fish food sources, but injuring wildlife.

But wait, it gets better. As the infestation of Water Hyacinths increases (spread by wind, floods, birds, boats, and humans) so does the MOSQUITO POPULATION. Just what everyone wants!

So not only does it choke out the sun, kill virtually every living thing around it, and promote blood sucking pests, but its mere existence can cost millions of dollars. 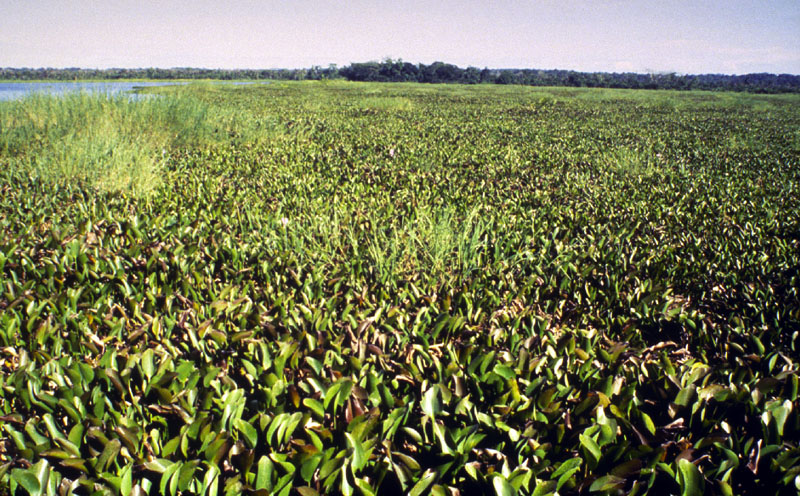 When waterways become so choked with this invasive weed (as they did in New Orleans during following the World Fair) freight ships and other boats cannot travel through. Furthermore, removing this invasive weed from major waterways requires a massive labor force; the economy also takes a hit as shipments must be stalled or rerouted around the catastrophe.

(Further reiterated in this delightfully dramatic video: Water Hyacinth: A Story of a Wicked Plant)

Since 1884, the Water Hyacinth has spread to Africa, Europe, Australia, and Asia. One can only imagine the havoc wreaked on those shores… So while the purple flower sure is pretty, please don’t take offense when we label this plant as a First Class North American WEED.