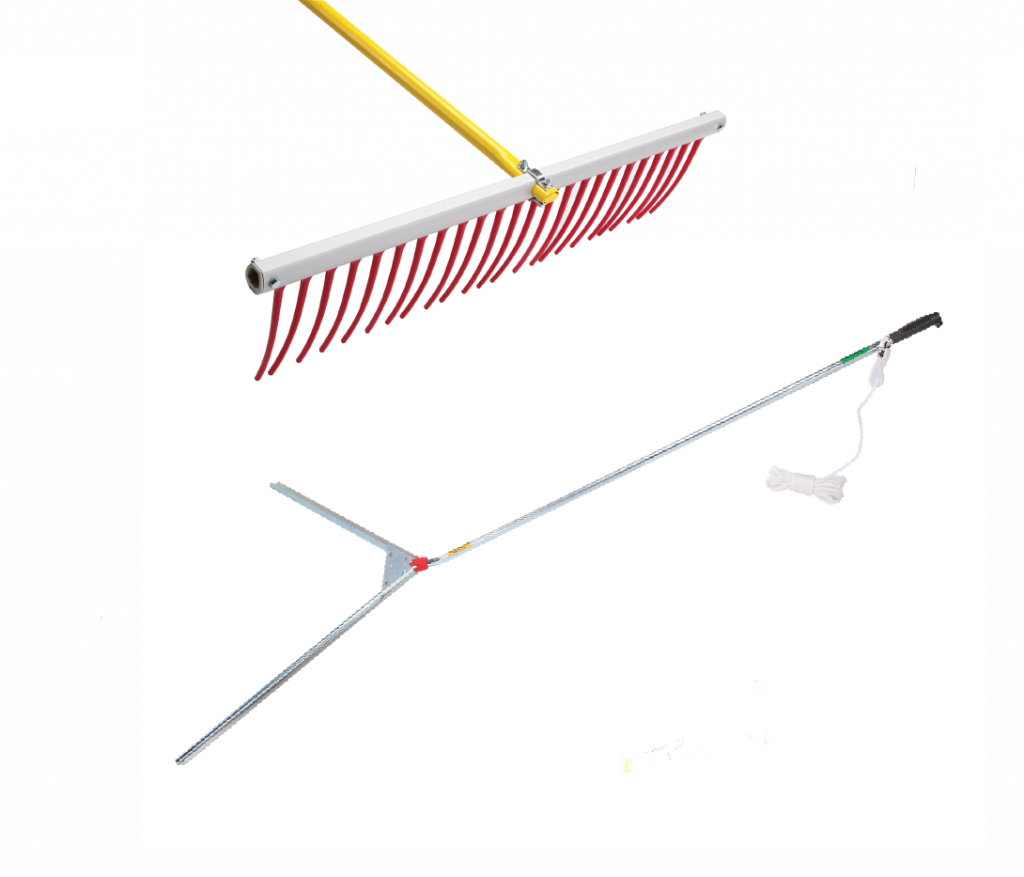 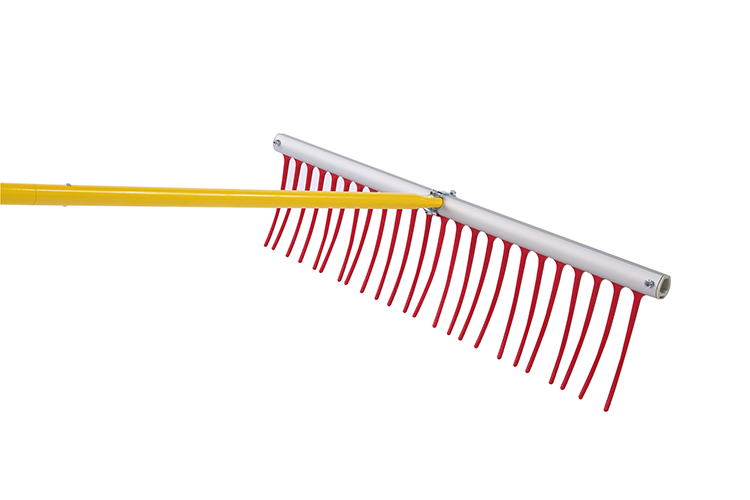 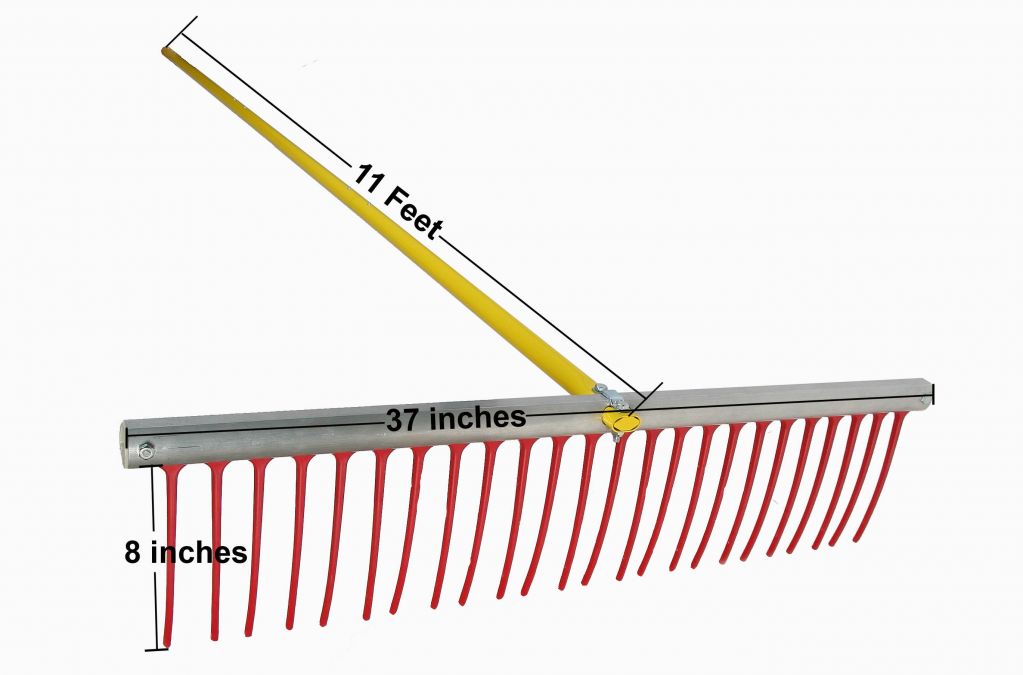 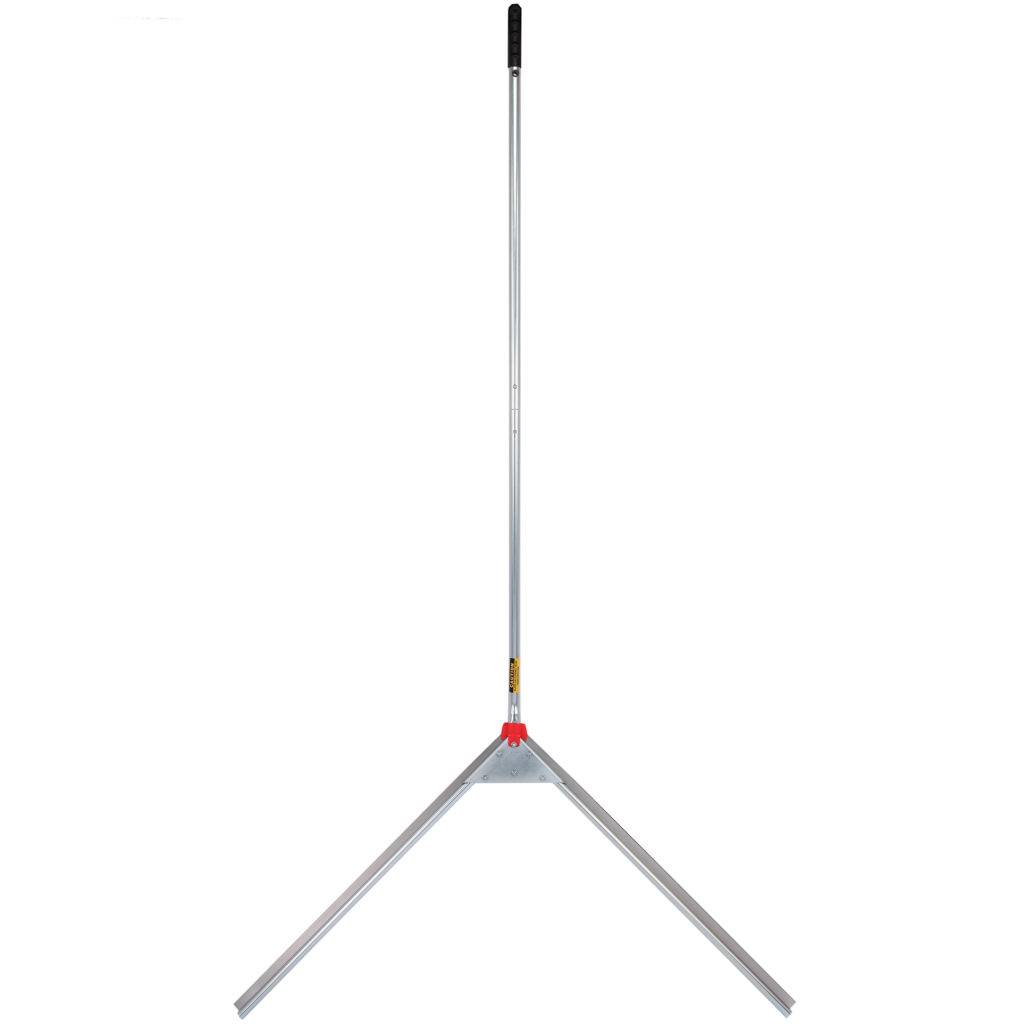 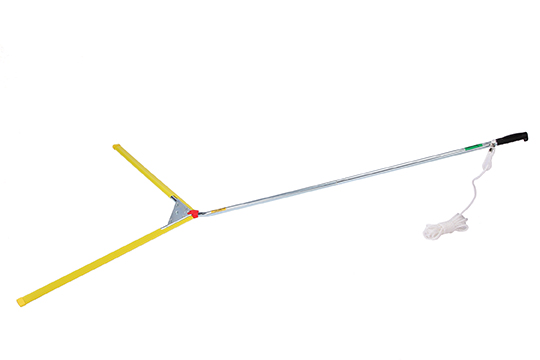 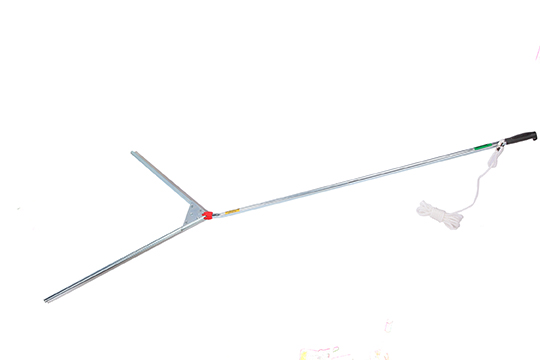 The original Weed Razer lake weed cutter is an easy-to-use lake weed removal tool that cuts through almost any type of rooted lake or pond vegetation. This simple and effective aquatic weed cutter is easy to throw and retrieve, and it clears a path of 48 inches with each cast. The razor-sharp blades cut lake and pond weeds at their base, and nearly all rooted aquatic vegetation float to the surface after being cut. Its uniquely designed V-shape ensures the optimal position and action to cleanly slice underwater weeds.

Each Weed Razer includes a blade sharpener and floating rope that allows a reach of up to 30 feet. Weighing less than eight pounds, it’s light enough so it can be thrown easily but heavy enough to sink to the bottom of your lake or pond. The Weed Razer is environmentally friendly, easy to use and safe to operate. Tip: Use the Weed Raker to remove weed fragments after cutting underwater plants.

1. Throw the blades out and over the area to be cleared

The Weed Raker pond and lake rake is the ultimate aquatic weed removal tool. Use this multipurpose lake rake to clear away underwater weeds after cutting them with the Weed Razer underwater weed cutter. The Weed Raker easily removes debris and free-floating weeds like water hyacinth, bladderwort, salvinia, water lettuce, and others. It also clears away debris from the lake or pond bed.

Featuring 8-inch-long teeth, the Weed Raker digs and pulls weed stems and roots from the bottom, slowing or eliminating re-growth. To clear floating material on the water’s surface, simply fill the hollow rake head with floating material. Or fill it with heavy material like gravel to reach weeds, debris and organic matter on the bottom of your lake or pond. Tip: Use the Weed Razer to cut underwater plants before removing them from the water’s surface with the Weed Raker.